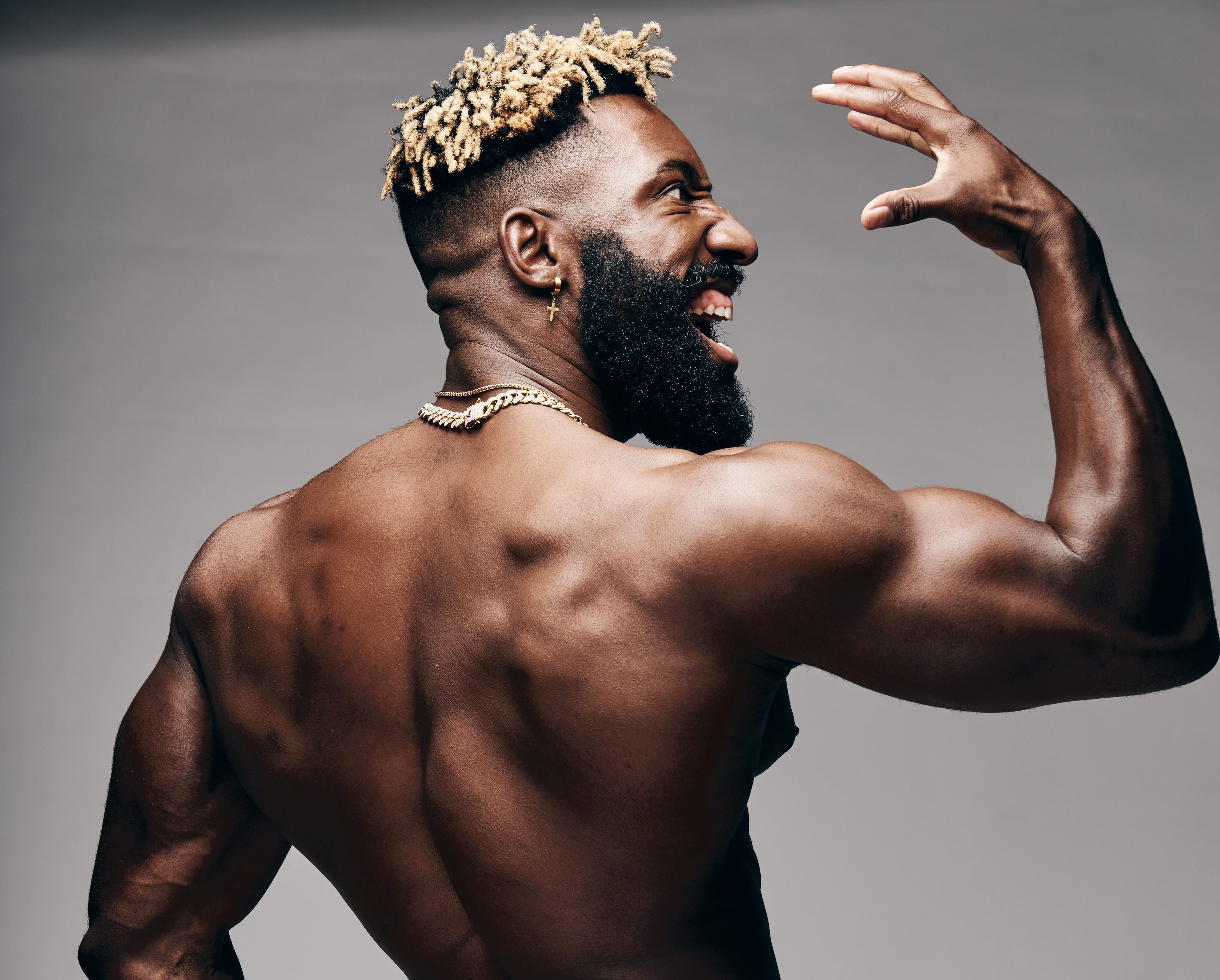 The regulator. The equalizer. The Judge.

A 3-sport athlete, Nduka competed in the NFL where he astonished with his 42-inch vertical and ability to do the 40 yard in 4.5. He even benched 225 pounds 33 consecutive times!

A part of the 2012 NFL draft, EJ was a force at the college level, playing for Sam Houston State University, including competing in the FC National Championship Football game.  But don’t let his gridiron greatness eclipse his academic accomplishments. Graduating with a 3.7 GPA and majoring in Business and Bio, EJ is a brilliant blend of intensity, intellect, and athleticism.

Driven by an “Undeniable” mantra, Nduka would go on to dominant in bodybuilding as a national champion. An IFBB Pro, Nduka has competed in the Arnold Classic and is a Lou Ferrigno Champion.

Bench pressing an uncanny 500 pounds and leg pressing over a ton, EJ Nduka is not just pure power but speed and stamina. A dangerous combo for anyone that dares test the 6’8” skyscraper.

Recruited by every top wrestling promotion, EJ Nduka marched into Major League Wrestling and made instant waves being drafted as part of the 2021 Open Draft.

Feared for his raw power and respected for his agility and explosiveness, EJ Nduka promises to show up and show out as justice is served under his watch in the squared circle.