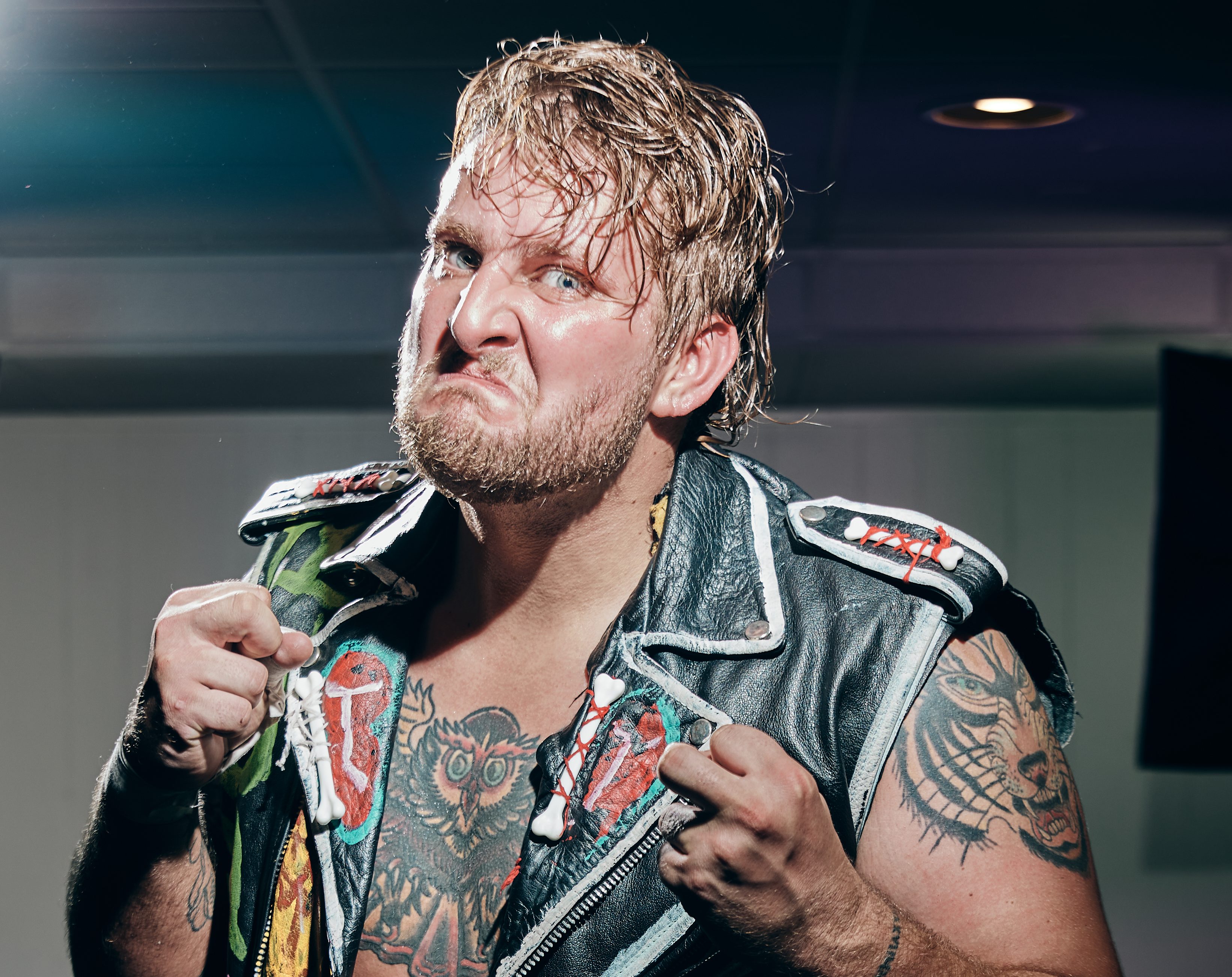 A scowl on his face and wired to raise hell, Gnarls Garvin is a smash mouth, hard-hitting heavyweight.

A certified hoss, “Big Beef” promises to run over anyone in the ring… and leave mud tracks in the wake of the destruction he causes.

The brawling bad man from Champions Trailer Park in Louisville, Garvin has a history of violence both in and away from the ring. Indeed, Garvin has a lifetime ban from ever stepping foot on the premises of the Nashville Fairgrounds for a wild match where a hole was left on the side of the building!

Another story involves an incident where Garvin once bit off a chunk of an eyebrow in a tussle… and he isn’t shy about threatening to do it again if need be.

With tobacco dripping from his lip, this certified hoss is an emerging force in the heavyweight division of Major League Wrestling.