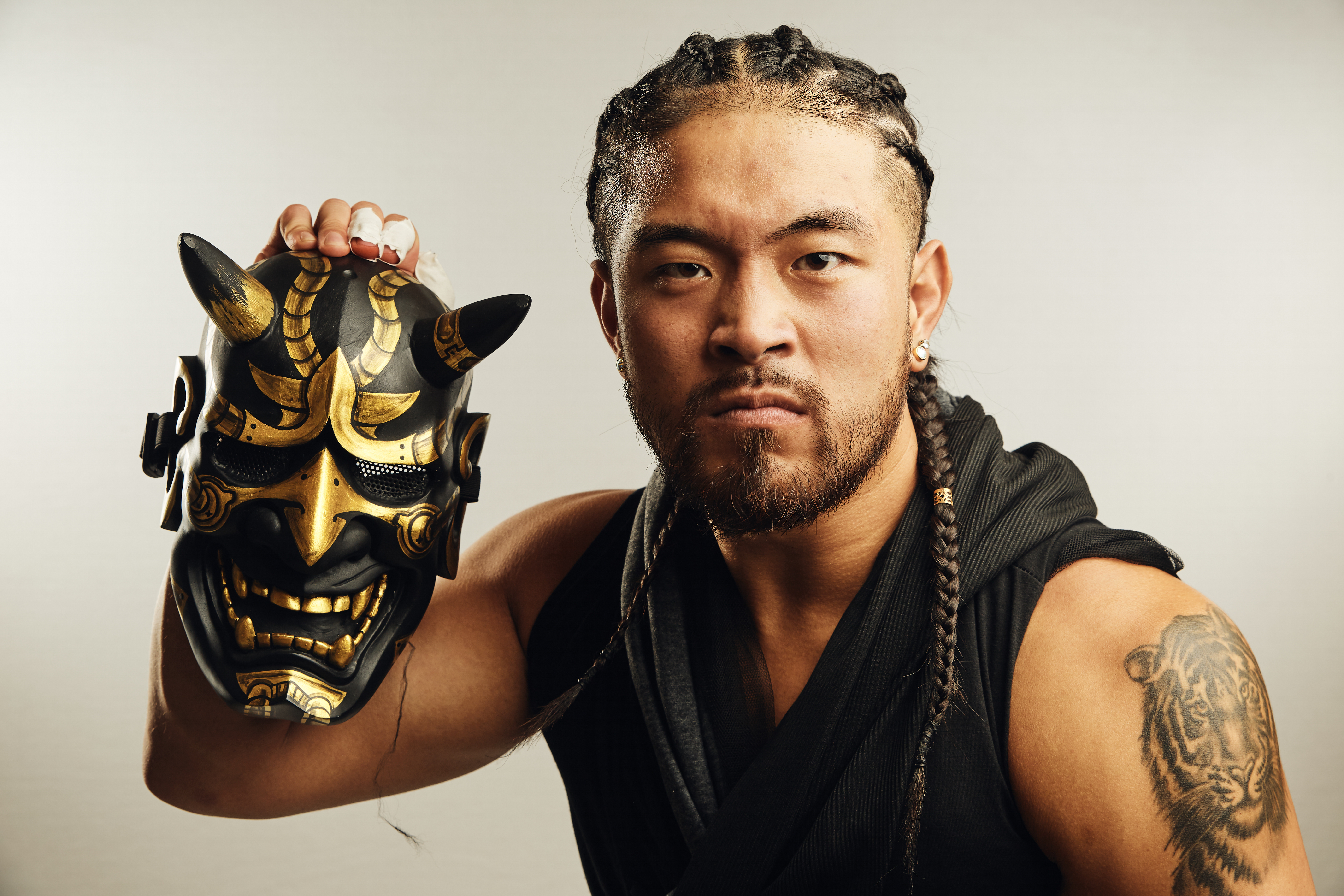 The fourth member of the CONTRA Unit’s death squad is a mercenary and master in the art of deception.

Dispatched from CONTRA’s Asian post, not much is known about Ikuro Kwon’s background beyond what the propaganda CONTRA Unit has released to the public.

Reportedly, Kwon is a pit fighter who fought in the slums of Singapore and tar pits of India.  So sadistic that has burned men’s eyes with coals, CONTRA’s assassin fights with no honor.

Emerging in the criminal underworld of Japan where Kwon would become the feared underboss of Akihisa Mera, this mysterious soldier has blinded the likes of Marshall Von Erich with a peculiar and potent toxic mist.

A force to reckon with, Ikuro Kwon will not rest until his mission is accomplished and CONTRA rules the world.