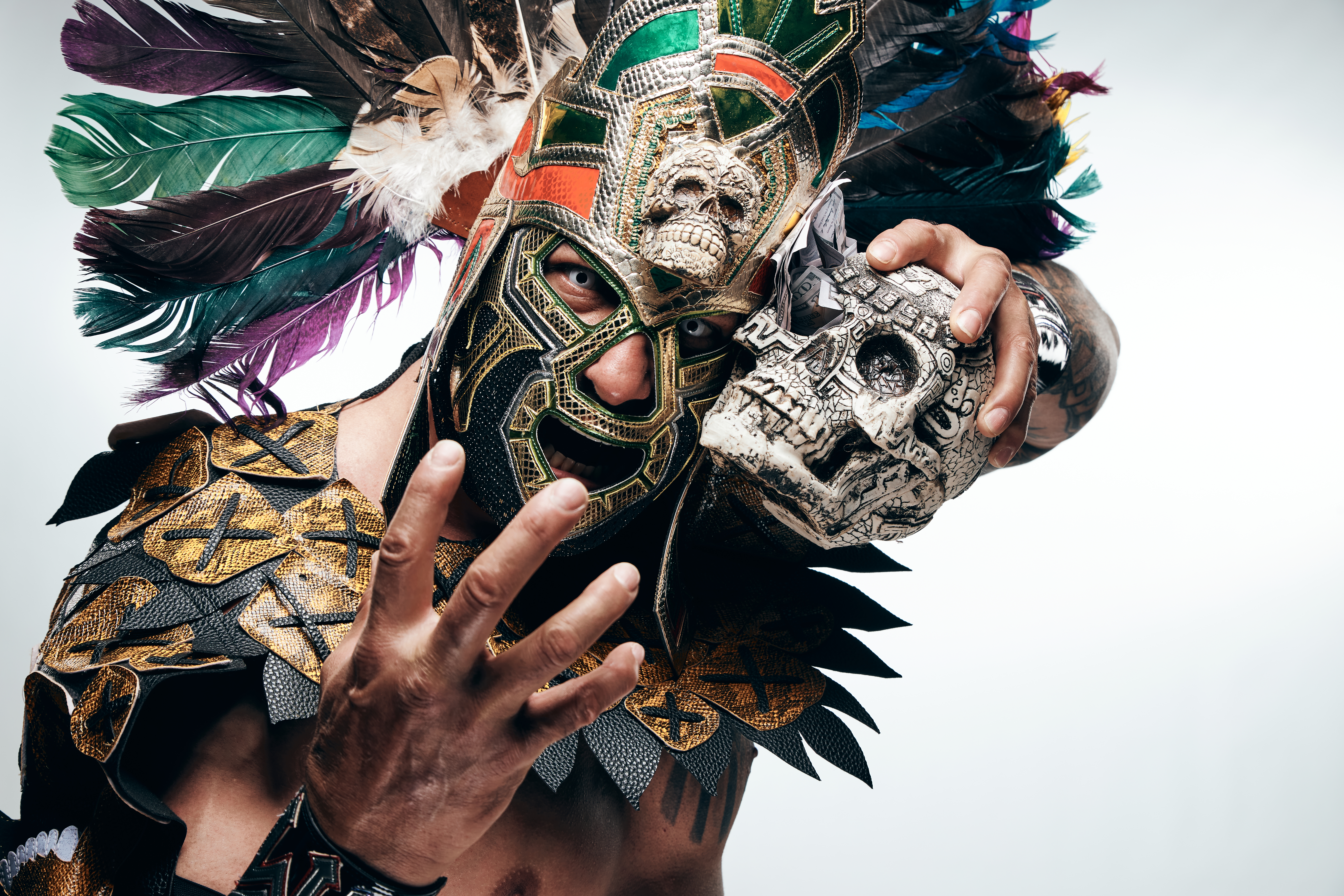 A destructive force, King Muertes unleashes the purest vengeance in the world.

In 1985, Pascal Mendoza was only 7 years old when one of the biggest earthquakes in history struck Mexico City. Tragically, he lost everything.

With death at his door, a bruja would rescue little Pascal from the underworld’s grip of death. Using his hate for the world, she would transform him into King Muertes. A force unlike any other seen in lucha libre was born.

Over the next several years, King Muertes would manifest himself in different ways in different places as the legend of the Man of 1,000 Deaths spread throughout the world.

However, it was in the Boyle Heights neighborhood in Los Angeles where he’d claim capture the attention and fear of the world.  Ruling on his thrown as conqueror of the underground lucha fight scene, Muertes’ death grip loomed over all… until his temple fell.

In the years that followed, Muertes wandered the earth with an unquenchable desire for revenge… until he was summoned.

Now, the seemingly invincible King Muertes looks to build a shrine of death with the bodies of the men he’s conquered, and careers destroyed in Major League Wrestling.