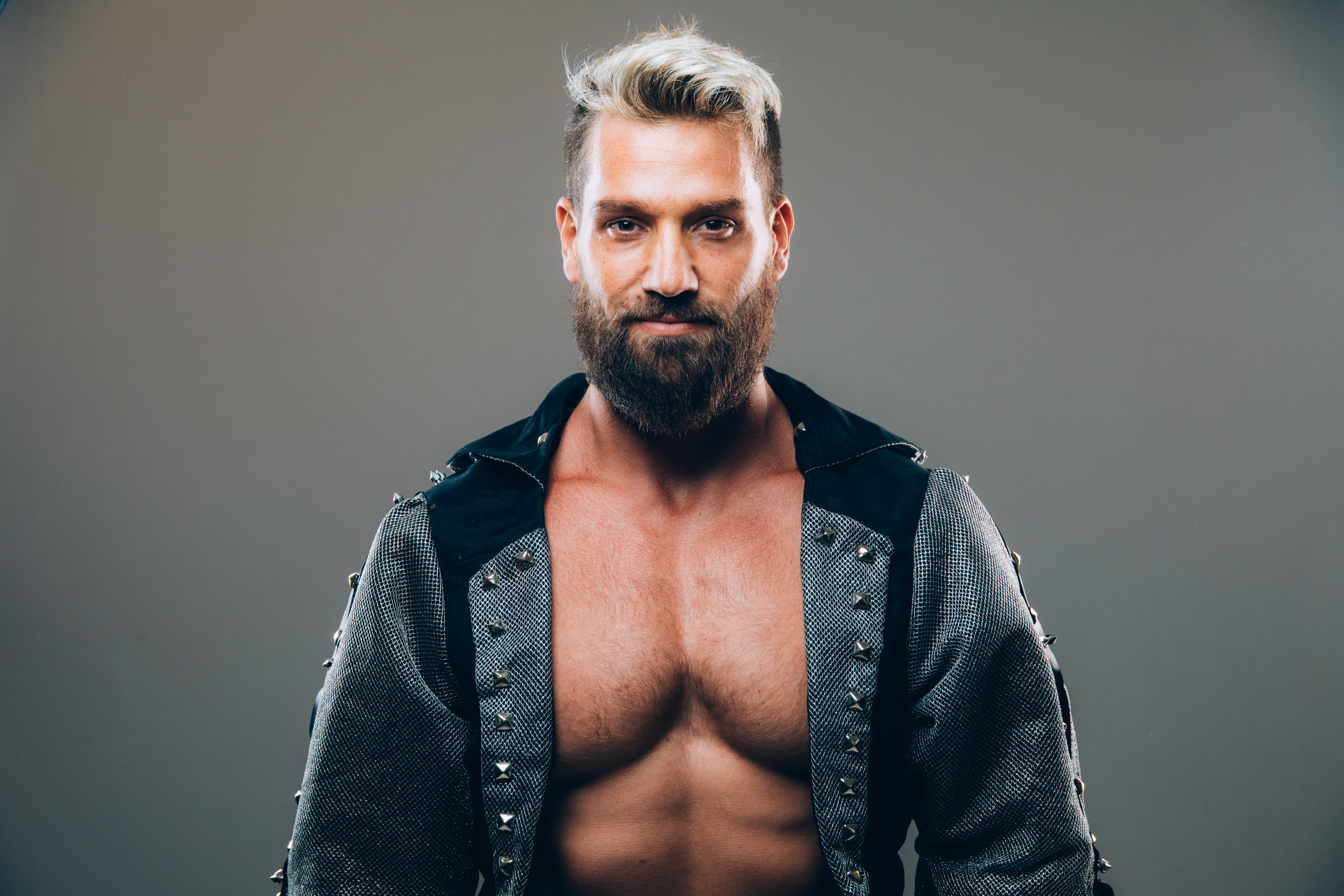 A strategist inside the ring, Ross wastes no movement, systematically focusing on his opponents’ weaknesses until they are too tired to endure his blitzing offense. Featuring fast and furious brawling, cutting-edge grappling and Brazilian Jiu-Jitsui mat work, his arsenal also includes uncanny aerial attacks.

A dangerous competitor both in singles competition as well as a franchise tag team unit with his younger brother, Marshall, Ross Von Erich is a top ranked competitor in both divisions.

When not wrestling, Ross can be found spending time with his family on their ranch in Hawaii, enjoying surfing, spear fishing and testing new high flying moves off of waterfalls.

Growing up in Denton County (just outside Dallas), Ross along with his brother Marshall would tussle all over the family’s Texas ranch with hopes of one day wrestling in front of large crowds around the world.  However, their legendary father, Kevin Von Erich, didn’t want his sons to grow up too fast. He hid the weights in the barn at their Denton County farm and encouraged them to enjoy life; wrestling would come if it was meant to be.

Incredible athletes from an early age, Ross would excel in all sports, especially football as a running back.

In 2007, the entire Von Erich clan moved to Kauai, Hawaii, the state’s northernmost island and Ross along with his younger brother began their journey to become pro wrestlers.

Training under their father’s watchful eye on his Hawaiian farm, the brothers quickly took to professional wrestling.  This would lead Ross and Marshall on a journey around the world to train and learn from some of the sport’s best, including Harley Race.

The brothers’ time training with Race in Missouri was invaluable. The brothers not only learned key fundamentals, but world class technical and brawling skills from the hall of famer, which would serve them well in the years to come.

From Race’s camp in Missouri, Ross and Marshall would go on an excursion to Japan where they would live for the better part of two years in the Pro Wrestling NOAH dojo.

Under the tutelage of Naomichi Marufuji, the Von Erichs mastered the art of puroresu (Japanese wrestling).  On and off for two years, Ross and Marshall would train and compete in one of Japan’s most competitive and prestigious wrestling circuits both in singles and tag team competition.

Competing around the world, including Israel, England, Australia as well as stateside in their home state of Texas, the rise of the 3rdgeneration of Von Erichs heralded a new era for the family.  One of triumph, tranquility and hope.  Along the way, they even collected championship gold in Texas and abroad.

In 2019, Ross crossed over into film, appearing in Dwayne “The Rock” Johnson’s Hobbs and Shawaction movie.  The brothers were also spotlighted in VICE’s Dark Side of The Ring series, representing a new hope for a new chapter in the family’s fabled story in the sport.

Believing in the mantra to always look forward, never backward, Ross and Marshall have embraced their destiny: the fight for their family’s name and their future.