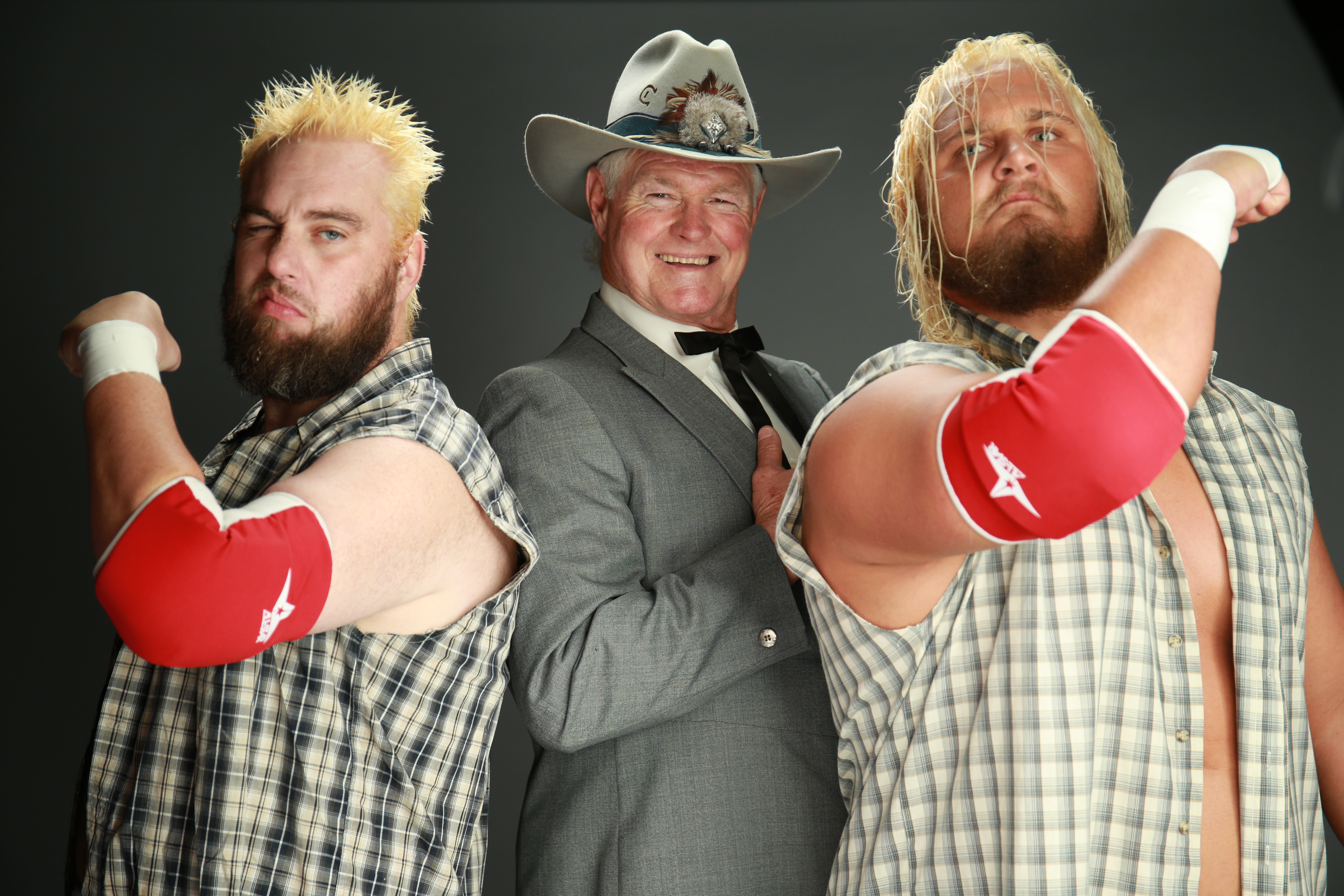 These self-proclaimed “refined southern gentlemen” are anything but!

Spitting tobacco in the face of their opponents while employing dirty and illegal tactics in their matches, the ill-behaved Leo Brien and Michael Patrick are quite possibly the most-hated wrestlers in Major League Wrestling.

Managed by debutante Aria Blake and backed by the great southern wrestling promoter Colonel Robert Parker, the Dirty Blondes are nasty but effective brawlers, which has made them a force in the tag team division.

Traveling to MLW events in their Stud Stable branded RV, the Dirty Blondes are known to cause a commotion wherever they turn up.

Trained by Steve Keirn, these southern boys are a force to reckon with as the frontline of Colonel Parker’s Stud Stable in MLW.