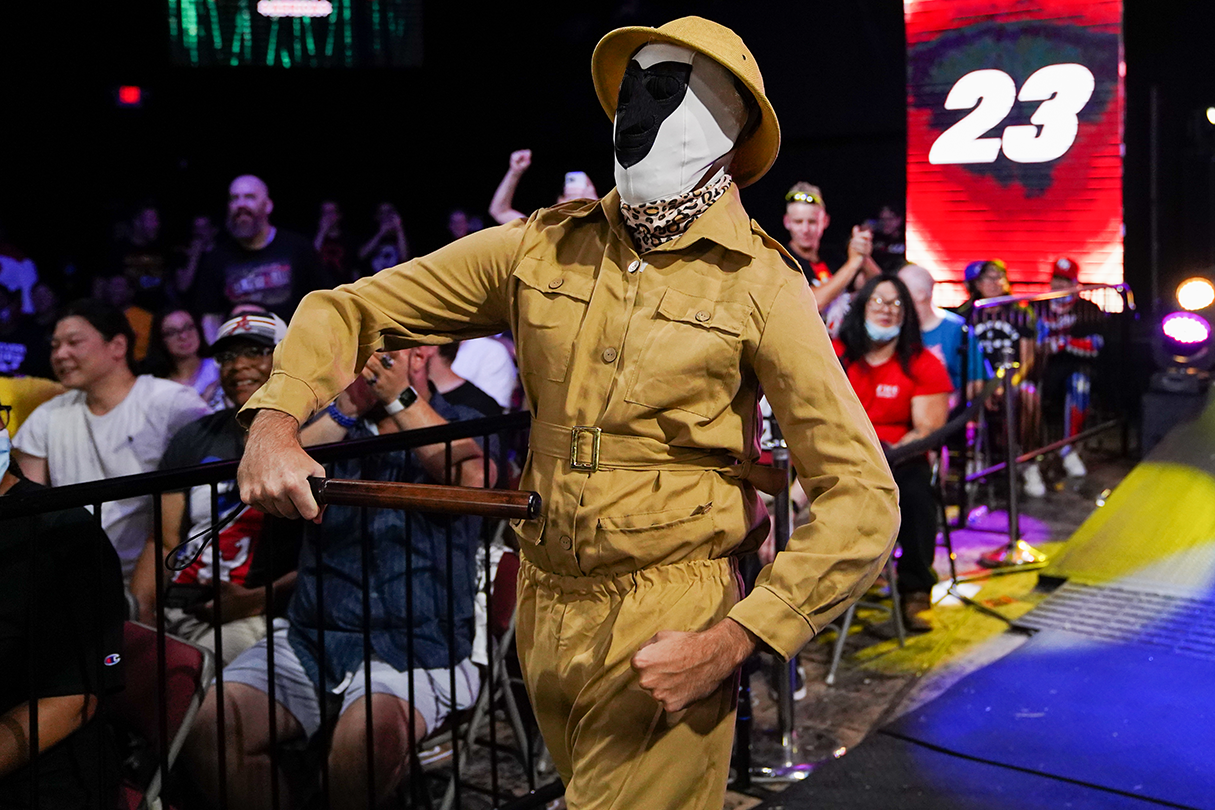 Brandishing a wooden club and known for affiliating with some of the world’s most unusual brutes, not much is known about the masked man.

An avid adventurer away from the ring, for years many have speculated why Kimchee wears a mask.

There has been whispers that he sustained a horrible injury, leaving him gravely disfigured and unable to speak.

There are other theories that the Kimchee mask has been passed down generation to generation to the fiercest and most unscrupulous in a secret foreign society.

Whatever lurks behind the mask, one thing is for sure: the spry Kimchee thrives in the unusual – be it handling unorthodox athletes or using his sneaky and cunning attacks to best opponents in the ring.