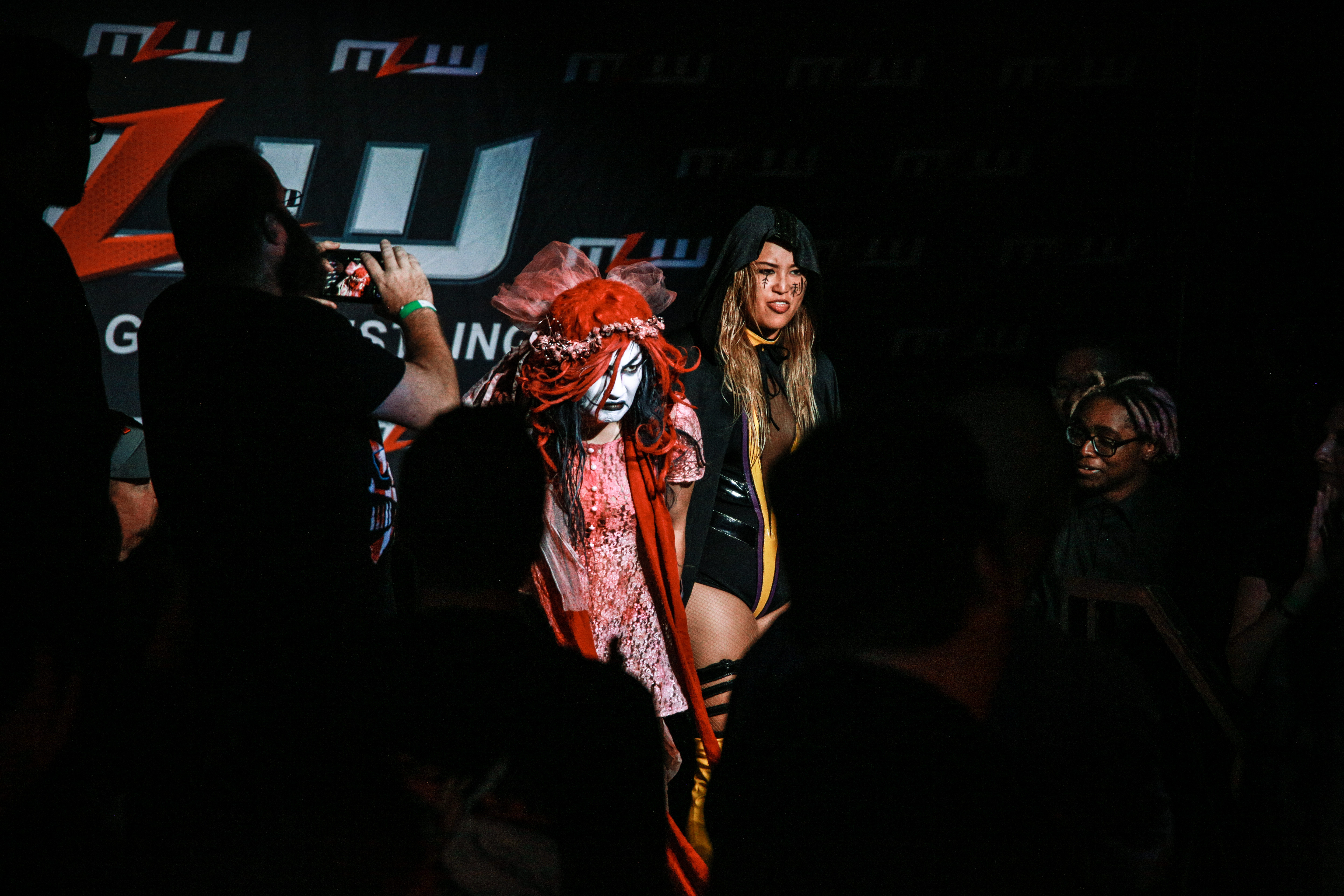 Su Yung and Zeda Zhang are on a quest for brutal revenge… exactly why and where that road will take them remains a mystery.

What we do know is that when the arena goes dark and the red lights begin spinning, carnage is sure to follow as the Kodokushi Death Squad marches toward its prey.

Representing “Gasho House,” a cruel and merciless underground clan reportedly based in the Far East, there are only whispers of the Kodokushi Death Squad’s mission in MLW at this point.

Yung, who moves like a ghost and strikes with a frenzied violent style, is a contrast to her partner, Zhang, an MMA fighter with a 2-0 record, who was trained in the Bak Mei style of kung fu.

Kodokushi, which means “a lonely death” in Japanese, is an apropos label for this duo. With Su Yung brandishing a Singapore cane to bludgeon victims, while Zeda Zhang mauls at the eyes of many a poor soul, the KDS have already left a trail of wreckage in MLW.