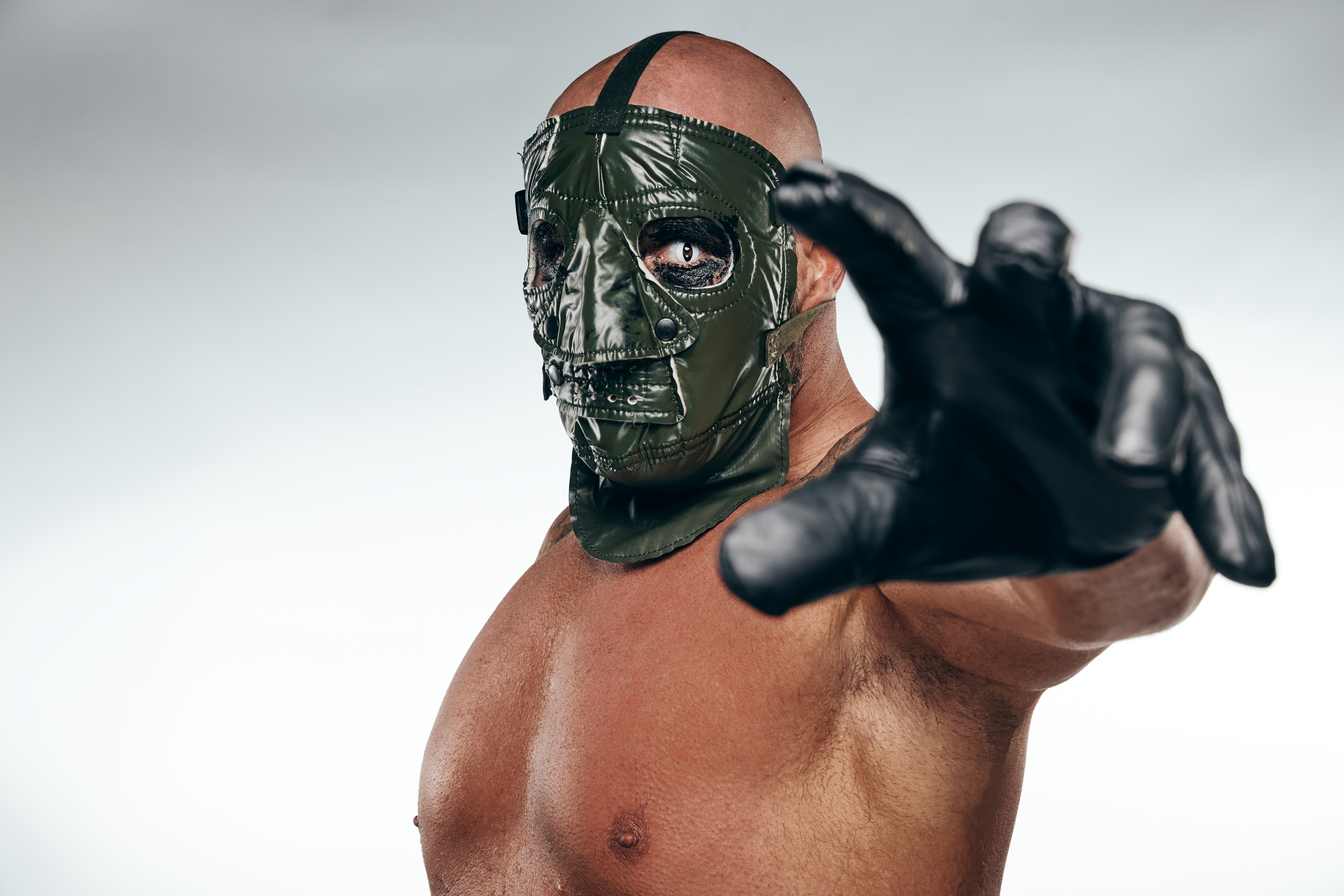 The masked mercenary known as “The Black Hand of CONTRA” may be CONTRA Unit’s most dangerous weapon and deterrent.

While cloaked in mystery, CONTRA propaganda videos have shed some light on this shadowy 7-footer.

The biggest man in the international cabal known as CONTRA Unit, Mads Krügger often strikes suddenly and thus far, with crippling effects on his victims.

A mysterious and ominous force, there are whispers Krügger is a commander within CONTRA.

Josef Samael has spouted that Mads Krügger has been a force in CONTRA for some time.  Having allegedly caused terror from South Africa to the Baltics and all points in-between, Mads is one of the biggest and strongest men ever seen in an MLW ring.

The intimidation games begin the moment his presence is felt as an eerie feeling overtakes all in his presence.

Prophesized by Samael as the poison CONTRA has injected into MLW, Mads Krügger vows the suffering for MLW will be painful. Now Krügger looks to unleash a campaign of fear, terror and violence upon all in MLW.