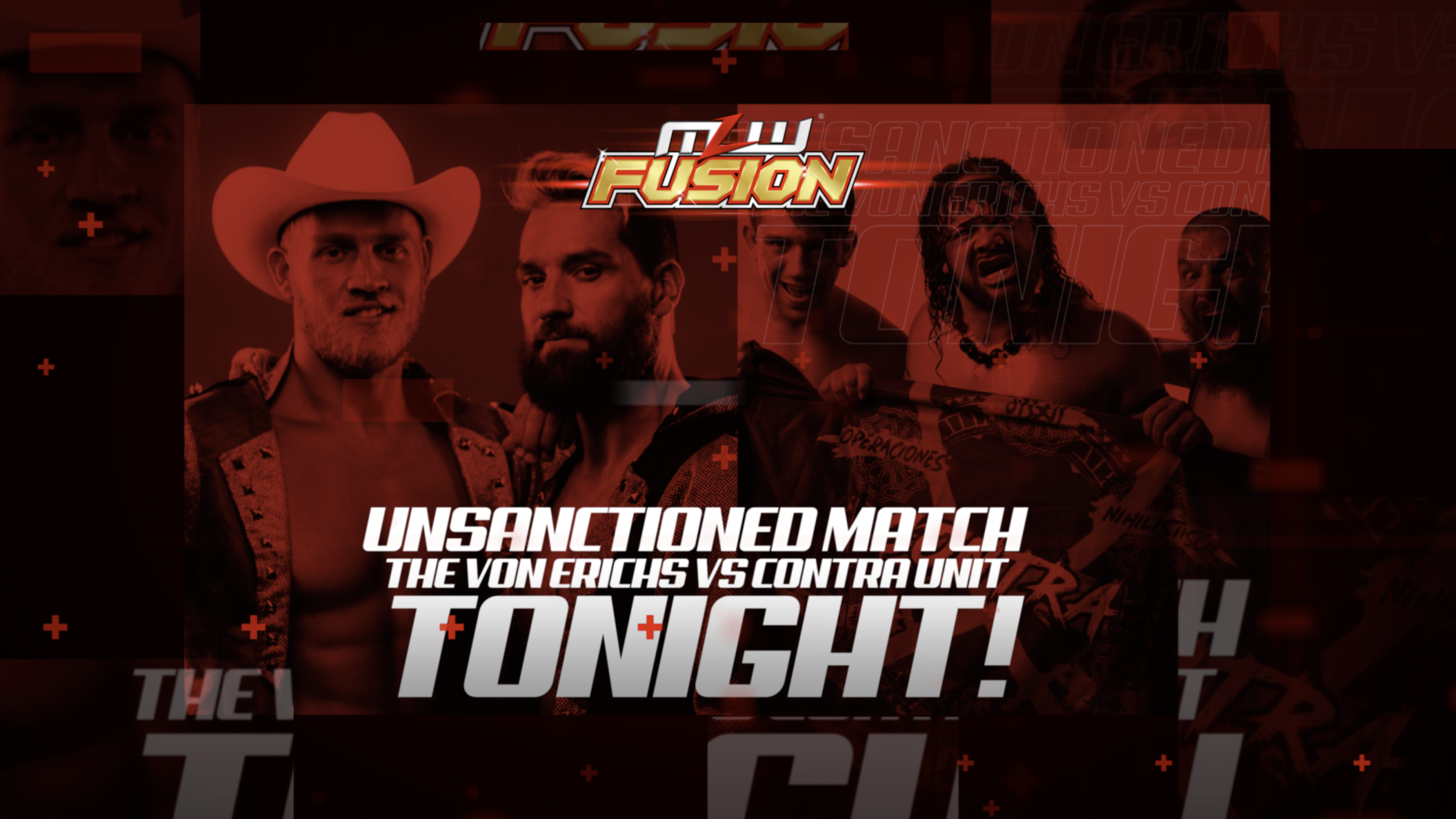 This week on FUSION feel the heat as the war between CONTRA Unit and the Von Erich boys rages on.

Ross and Marshall Von Erich fight CONTRA Unit’s Josef Samael and Simon Gotch in an unsanctioned match. League officials have secured additional security to ensure the safety of the fans as Cicero Stadium hosts the next battle in this on-going war.

Mance Warner has been raising hell on FUSION and this week Promociones Dorado is determined to retrieve the golden ticket Ol Mancer grabbed 2 weeks ago during a wild fight in the streets of Chicago.

Salina has conjured up Bestia 666 to collect the powerful ticket that grants LA Park a title shot. Will the “Baja Devil” beat Mancer and thus get her the golden ticket back? Find out as Mance Warner battles Bestia 666 in a Mexican Death Match with the golden ticket on the line.

There are shocking rumors and innuendo swirling around some shocking people in Major League Wrestling. What’s the story? Tune in to find out.

Ricky Martinez has demanded a rematch against Low Ki to prove his worth to Salina de la Renta. Will the “Lone Wolf of Brooklyn” crack Martinez with another KO and loss?

The saga between Konnan and Salina de la Renta continues. With brewing bitterness between the guiding light of lucha libre and the Empresaria, what’s next? Make sure to watch FUSION!

Tom Lawlor has a shocking challenge for CONTRA.

Join Rich Bocchini and Jim Cornette ringside from the sold-out Cicero Stadium in Chicago for the fastest 60 minutes in pro wrestling.